Who is Chrisann Nickel?

If you do a Google search about pet toucans, you’re bound to land on, next to the heavily promoted Youtube videos of publicity hound Brock Afentful (2.can tv), another popular website that continues to rank well on the search engine despite being defunct for years; the blog Adventures in Toucanland.

The owner of this blog and the Youtube channel ToucanladyBVI is Chrisann Nickel, who seems to be on vacation 24/7, and she apparently makes her living writing about her lavish travel experiences on tropical islands. She was not your typical pet owner, and apparently she had no bird experience at all before jumping into ownership of three adult toco toucans. 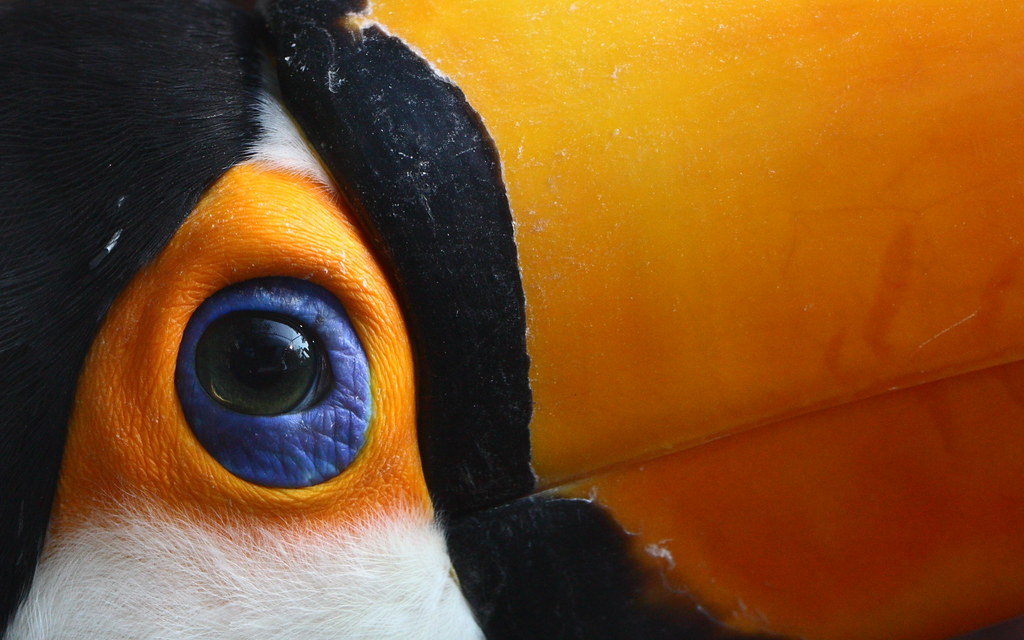 Also, I have to say this before besmirching her integrity as a pet owner and person—she took excellent care of her toucans while she had them, from what I can see. And, for someone who has never owned a bird before, she really stepped up to the plate, did her research, and provided a relatively informative resource for other prospective owners. Prior to her last actions with the birds, she was a beacon of light among social media-dwelling toucan owners in contrast to despicable Brock Afentful and misguided Jamieleigh of Bird Tricks, both who, ironically, had more bird experience and passion than Chrissann when they acquired their first toucans. But here is where my compliments end.

For some strange reason, despite not appearing to be the type of person to throw down roots, Chrisann purchased 3 adult and presumably non-hand raised toucans from a dolphinarium in June 2011 to live on her boyfriend’s resort, Saba Rock, in the British Virgin Islands, and then at her home on the island’s mainland Virgin Gorda.

That lasted about 3 years.

On August 30th 2015, she announced she was getting rid of her toucans because she just couldn’t do it anymore. She later replaced them with a purse dog, it seems.

“Though I have constant anxiety that this sounds horribly selfish, I must admit defeat – I just can’t do this anymore. We have sacrificed so much for these birds in time, money, and energy, and it has come at too great a price – having to prioritize their needs above our own has been detrimental to our life together, my career, and my overall well-being.”

So, after spending a few years gaining clout for her social media, which appears to be her source of income, and dazzling readers with utopic photography detailing her life with the colorful pets in a lush, tropical, travel magazine cover-worthy setting, she inevitably got fed up with the bird’s care. She claimed the birds were literally detrimental to her well-being.

In other words, she Myka Stauffered them.

She apparently found them a seemingly decent home on British billionaire Richard Brandon’s private island (she clearly is well-connected). Although presumably some time in 2017, one of the birds, Paco, inexplicably passed away according to a comment she made on the blog.

I don’t really have an issue with re-homing animals when unforeseen circumstances come up, but the problem I have with Chrisann is this: she should have known that toucan care would not match her lifestyle of constant traveling, and furthermore, for her to proclaim, after she gave up, after she was done advertising her toucan life as a happy paradise, that toucans and other animals shouldn’t be kept as pets, is ridiculous. Hence the pathetic quote below:

“Having toucans has also made me a firm believer that these amazing creatures should not be kept as pets in captivity because they are such amazing creatures. They are highly energetic, intelligent animals who deserve the life they were created for. Trying to fit them into our human world isn’t fair. And just because you buy one that’s been captive bred does not make the animal any less wild at heart. Toucans are not a domesticated animal. I think all empathetic human beings eventually come to the conclusion that putting birds – or any animals, for that matter – in cages is wrong, archaic, and unnatural.”

It's funny, because prior to her announcement that she says was "many months in the making", you'd think everything was going perfect based on her social media. Her second to last blog post was that of an interview with 2 other "toucan ladies" who love caring for their birds, and she subsequently betrays them in the next post, essentially calling them non-empathetic human beings carrying out wrong, unnatural, and archaic practices.

Nickel used to have no such issues with trading the birds for time with her friends, but I guess that changed:

"Let me preface this by saying that I love my Three-Cans an indescribable amount and I wouldn’t trade them for anything, including to have my personal time back – the time I used to spend reading, with friends, and otherwise working towards my myriad of goals."

So now that Nickel no longer has the "Three-Cans", putting them in cages is cruelty…this is a scenario I’ve seen play out again, and again, and again. Now that she's done keeping toucans, the rest of us should be too. It is unbridled narcissism.

It’s one thing to say that toucans make poor pets, but another to say they shouldn’t be kept as pets at all. Furthermore, Chrisann perceives herself to be a humble person who is merely expressing her own experiences (the below quote is part of her response to me a few years ago), then she literally accuses people like me of having no empathy unless we believe putting ANY animal in a cage is wrong.

“…the opinions shared are simply my own based on my own personal experiences – I’m not trying to come across as some all-knowing expert, I don’t think anyone who visits this site is under that impression. This is my truth, as I know it to be.”

Toucans are Bad Pets Because...they Will Confuse Your Friends

And what exactly are her compelling reasons for her beliefs? Some of the reasons Nickel gives for telling her readers toucans make bad pets are ridiculous, including that you must buy their pellets (because it’s sooo difficult to click a button and have it delivered to your door), that they are not domesticated (neither are parrots), and the dumbest reason of all: that your friends will not understand you (who gives a flying rat's rear?).

Chrisann is clearly a person who is absorbed by her social life and she needs to realize that not everyone is like her. She says in another blog post:

"We are no longer able to embrace our spontaneity. No more impromptu weekend getaways or even pop-up happy hours with friends."

Oh no! Looks like having a toucan means I'll have to give up impromptu weekend getaways with my tons of friends...oh wait...I've never done that in my life. And I know I'm not the only one.

Viewing Nickel's Instagram account, womanonarock, it’s a wonder why she bought these birds and it’s amazing she kept them for as long as she did. As I repeatedly emphasize, toucans, just like any other pet, make good pets for the right owner, and Chrissann clearly wasn’t the right owner long-term. She leads an active lifestyle, taking multiple luxury trips, island hopping, and even traveling abroad.

People who choose to live this way won’t have enough time to care for any bird, let alone a toucan, or even a rabbit unless they have an amazing pet sitter who is never unavailable and is essentially a second owner. She seems to take her current pet Chihuahua everywhere, including even Hawaii, which requires pet dogs to be quarantined for 2 weeks upon entry (toucans are illegal there, like most everything else), so she has finally found a pet ownership situation that works for her.

I’m glad that Chrissann finally found the right pet for her, but her blog remains a blemish on the internet that describes toucans as bad pets that suffer in captivity just because she impulse-bought hers and it unsurprisingly didn’t work out.

It’s clear that she gave them up to indulge in vacations to luxurious tropical locations and take selfies for her "career". Chrissanne should enjoy her spoiled, privileged life and not contribute towards wrecking the lives of others who might not be keen on traveling, don’t have 1,000 friends and would rather enjoy home-living with exotic pets.

As Chrisanne may or may not be aware, exotic pet ownership is stigmatized enough without first (and last) time owners making these claims.