Brock Afentful (2Can.TV) Spits in his Fan’s Faces (and They Love It!).

First of all, I do believe in previous posts I promised to further discuss the "2 Can TV" situation in more detail, although I can’t really remember what I was planning to expand on. For those of you who don’t know me well, I suffer from a chronic illness called procrastinatosis, and I really do find it mentally exhausting to examine and discuss Afentful’s bafflingly obvious hypocritical behavior that only about one out of 200 of his followers even recognize and then deal with his inexplicably “confused” (to put it lightly and politely) fans and supporters. Honestly, I was planning on giving it a rest.

But then this happened.

What in the smoldering hypocrite Hell is this? Brock acquired another baby toucan? ANOTHER species? LESS THAN 3 MONTHS AFTER BUYING "RHIANNON"?

I’m at a loss. I was starting to successfully delude myself into believing that Brock might be starting to develop awareness of his contradictory behavior. I thought that maybe from now on, he’d start attempting to stay true to his word and only “rescue” these unique animals (for toucans, this means buying birds second hand from owners instead of breeders).

I’m still not a fan of that, because toucans don’t need to be “rescued”. To demonstrate this, try searching for toucans that are available for adoption via Petfinder in your area, or really anywhere. I’ll be completely amazed if you find more than zero (of course, some are up for re-homing on Craigslist, which is the case for literally every pet species kept in captivity unless they are ultra rare).

But, Brock clearly has no shame, conscious, or even a basic moral compass. Shortly after using his donators’ money to replace his non-rescued $6500 red-bill toucan, he saw yet another species of toucan that was available and, being the “rescuer” of toucans that he is, started shooting the breeze with the breeder, who is Miguel Rocha by the way; a clear supporter of the exotic pet trade Brock whines about, a (former?) co-owner of what animal rights nuts would call a “road side zoo”, and he should be ashamed of himself for doing business with a harmful hypocrite like Brock.

Brock tells us that he wasn’t planning on getting this bird, but the breeder was excited to engage with Brock’s Youtube celebrity, subsequently fed his ego, and asked Brock if he wanted the bird.

Poor Brock was put in a compromising situation! He wanted the bird, but he’s saving “his” money that was given to him by donators to move to a new house. So, poor Brock said, “no thanks”, I’m saving up for my unaccredited “toucan sanctuary” (aka, an upgrade from his current quarters which appear to be a double wide trailer) and went on with his business because it’s not like he needs a new toucan when he barely has room for the ones he currently owns.

What he actually did was cry to one of his patrons (WAAAAHHH!! I WANT PRETTY BIRD NOOW AND I DON’T WANT TO SPEND MY MONEY WAAAAHHH!!!), and one patron bafflingly complied. 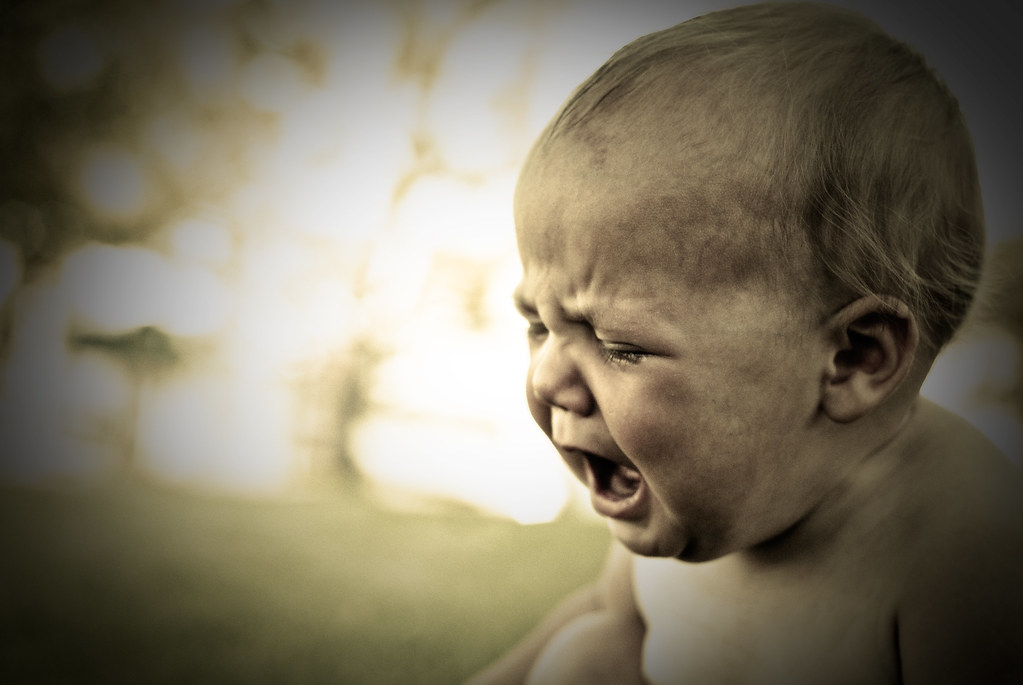 So basically, he’s a psychopath and a bratty, blobfish of a human.

Who, after already having hypocritically purchased a shiny new baby toucan, which is an action you claimed is bad and wrong, asks a stranger to buy you ANOTHER one because your greedy, spoiled af, entitled behind wants to collect a new species that isn’t regularly available? And then he has the absolute, treacherous gall to talk down to one of his fans who questions this action as seen in the reply below: "Please remember that this channel is also about education. None of my birds are pets. My entire life revolves around their safety and care as well as sharing them with you guys. Ambassador animals serve a very important purpose with what I do because it takes the pressure off of birds like Beatrix that would otherwise be stressed out with me trying to film her constantly for content that my viewers demand. So not only do you guys get to see the contrast between a healthy, normally behaving bird and a rescue- but they can also take the load off of Toupac and Beatrix having to perform and interact for videos when each of them have varying degrees of ability to do so. There is a huge difference between someone like me, a keeper, and someone who expects to shove something pretty into a small cage and leave it in a corner of their home when they have 9-5 jobs, children, and lives to attend to. If I wasn't able to have the birds out here (and now outside) freely, for most of the day- I would not have a toucan. Thankfully because of YouTube I am able to dedicate my life to seeing that they get proper care and attention. And thanks to birds like Rhia and now this baby, I can feel more comfortable taking in birds in the future that would otherwise feel terrified of a strange human holding a camera and talking loudly around them. In the future, once we move and build the proper enclosures, you will likely see these birds the most while the more wild and traumatized birds live amongst themselves in a large outdoor enclosure with far less human interaction. You have to take the big picture into consideration. I hope this helps."

What a ghastly response. Of course, one of my ultimate triggers is someone saying that an animal that they care for, own, and live with is “not a pet”. How f*cking stupid. Of course it is.

But Brock takes it some steps further. In order to justify his toucan collecting, in the most condescending and smug tone, he refers to himself as a “keeper” and suggests that he needs to buy birds so they can be educational “ambassadors”, which makes utterly no sense, considering presenting well-behaved toucans will make them look like GOOD pets! (Which they are!). Why would he contradict his claim that toucans shouldn’t be pets by buying tame babies and presenting to the public that this is the way a “healthy” toucan should act?

By the way, I have a lot more content coming up discussing "animal ambassadors", even legit ones at licensed facilities with educated presenters, and why they are inherently conflicting. Brock however, is another level of ridiculous. He makes the other "ambassador" people look like Harvard law professors.

Brock suggests he NEEDS to buy birds so he can show the contrast between rescues and hand-raised babies (why the hell do people need to see that anyway?) and so that he can “rescue” more birds…how convenient for him, considering he was planning on breeding toucans. He practically suggests that only people milking money from Youtube should have toucans. He thinks that living off of donations and uploading a sh*tty home movie once a week is a career.

That begs the question, who was he living off BEFORE he started begging for donations? What about Ripley and the collard aracari named Zoey, who he never mentions? These birds are in a precarious situation, being collected by jobless Brock who hopes his generous patrons will support him and his pets for the 15+ years of their life.

I theorize at this point that perhaps, just like the cult leader Keith Renerie who I’m watching several docuseries about, Brock is able to deceive his fans by blatantly putting the egregious behavior on display so that, paradoxically, it is less likely to be questioned. It’s a special kind of narcissism where a person gets the ultimate thrill in openly lying or deceiving their supporters only to get their unwavering loyalty in return.

As you can see in the below photo, he literally finds the fact that he bought another toucan amusing and his fans echo the sentiment.

Brock doesn’t even appear to even have enough ROOM for another toucan. "Toupac" is apparently cageless and sleeps on a perch. "Rhiannon" is likely staying in the divided enclosure with the unfriendly Beatrix and getting stressed the hell out of just like "Maeve" had endured.

Brock recently unveiled a very “meh” outdoor enclosure, finally deciding to give his larger toucans closer to the minimum of what reasonable owners provide, although it doesn’t appear to be a permanent living space, so I have no idea where the new bird is staying.

Brock feels that he didn’t take away funding for his fake toucan sanctuary home upgrade because, well, the patron paid for the BIRD. Brock feels his fans are dumber than gravel. Why did this “patron” have thousands of dollars to pay for Brock to add to his toucan collection but couldn’t donate this amount to Brock’s Fake-tuary? Imagine how many animals could have been helped with $6500. He could have transported toucans to new good homes that aren't his, but of course there's a better chance a pig will fly to Uranus before he ever does something that doesn't directly benefit himself.

As Brock has willing patrons lined up to pay for his emergency luxuries, it is apparent that he is not currently in need of money in any way and is lining his pockets with donations so that he doesn’t have to work (hell, I’ve even heard from a source that he didn’t even pay for his current home, but enough about that) and can keep upgrading his lifestyle, suckling off of his fans like a piglet or an engorged tick.

I won’t mince words here. Brock is a terrible human being. He is the absolutely worst example of an animal “rescue” hypocrite that I’ve ever seen in my life. He needs to go step on a heap of legos and get hang nails on every finger.

To the “patron” who paid for Brock’s bird: I beg of you, there are so many deserving pet owners who fall into a bind and can use $100 or so to pay for palliative and life-saving treatment for their pets. You can make a serious difference in someone’s life during a difficult time. That is if you actually exist, and if Brock didn’t just use his donator's money to get another bird and lie about it so that people keep funding his new house (which would be slimy behavior that I would NOT put past him at this point).