Your Cecil the Lion Hysteria Aides the Animal Rights Movement 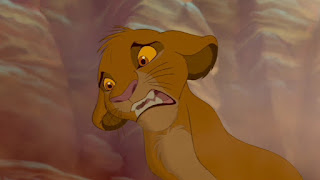 It’s déjà vu all over again as another iconic African mammal, previously a reticulated giraffe named Marius living in a European zoo, is dominating headlines and social media sites over its untimely death. Unlike the former situation that involved faceless zookeepers committing the 'atrocity', our nefarious villain has a name this time, Walter Palmer, and many are proudly declaring him as the most hated man in America, as well as internationally.

Numerous celebrities, including teary-eyed Jimmy Kimmel, have been fanning the flames and gaining their own acclaim for parroting the sentiment of the masses, further suggesting that Cecil the lion’s fate is of the utmost importance to the American public. To hold any other opinion would be downright social suicide.

Of course, it’s not that I personally approve of big game hunting that is not initially for food purposes, and truthfully, had this situation been receiving little attention I would have been one of the few sounding off on the subject. But the enormously disproportionate response, and the inane battle cries for vengeance being blasted all over social media is forcing me to comment in defense of the wealthy dentist whom is now public enemy number one.

You CANNOT murder an animal


What I find the most troubling about this scenario are not the inevitable comments from those blinded with emotion and fury, but the raving and ranting coming from ‘our own’; in this case, I’m referring to exotic pet owners and supporters, as well as those who oppose the animal liberation movement and believe in humans using animals as long as there are reasonable welfare standards.

These people probably partake in non-necessities such as pet-keeping, animal product consumption, and removal of ‘pest’ animals should they show up in an undesirable area. Many of these individuals are using the word ‘murder’ to describe the dentist’s actions, and that is utterly egregious.

If you are an owner of a so-called exotic pet and some moron has accused you off keeping a slave or prisoner as they so often do, you would respond with uproarious opposition. Yet these same individuals use a term that is meant to describe the action of killing a human being with non-human animals, suggesting they want 'Cecil' to have human rights, or as the insidious Non-human Rights Movement (recently in the news for losing a case to grant habeas corpus to chimpanzees) would call it, the right to bodily liberty.

Even this misguided organization would not advocate for Cecil’s rights because lions are not apes, elephants, or cetaceans. They’ve shown no demonstrable self-awareness to the extent of mirror recognition, yet we have people who would consider themselves animal welfarists (as opposed to animal rights) decrying murder for a large feline.

It’s no wonder that animal rights movements are gaining so much momentum when non-animal rights followers can’t stop agreeing with them unwittingly.

The same situation is occurring with the rampant opposition of SeaWorld and the cries to get that entire zoological facility shut down.

It’s not that agreeing with one form of animal 'exploitation' requires you to agree with every form of it. You can disapprove of Cecil’s killing. I mostly do.

But there is disapproval, and then there is sheer OUTRAGE. Shock and horror. And calls for the dentist to be exiled from the country. At least, that's some of the more tame requests.

When we as a nation have mutually decided that animals can be used for food, pets, and can be evicted when we want to build our homes on top of their territory, we need to maintain reasonability and level-headedness in the face of people violating our somewhat arbitrary ethical standards. We need not be blinded by our own arrogance and perceived moral superiority. We can dislike killing lions without freaking out like the crime is  on the level of human genocide. We should recognize when the response is excessive and ludicrous even when we agree with the sentiment.

Why do we care about Cecil so much anyway?

This blogger, Matt Walsh, puts my thoughts on this so eloquently that I thought I’d quote it here. Unfortunately, he undermined his article when he described some of the most evil human atrocities as abortion and pornography which is clearly a Christian-minded attitude, and while I have no objection to him exercising his beliefs, his interjection of them in the article ignores the complexity of those controversies and  presents them as the objective truth, which will alienate many readers.

Other than that, his article is a brilliant assessment on why lions matter more to our privileged psyches than more substantial issues. If you can’t bear the right-leaning slant, at least read these quotes from his article:

"It seems baffling. It would all make sense if our culture showed no concern for the plight of human beings, and also displayed a similar wanton disregard for animals and trees. Then we would just be nihilists and Darwinists. Human life has no objective value, we would reason, therefore no life has any objective value. We would be naked and honest barbarians.
But our barbarism is clothed and hidden beneath this thin veneer of an arbitrary concern for random animals and plant life. And not even every animal. That’s why most of the people panicking over “Cecil” will still order the hamburger when they go to Applebee’s, still use insecticide to ruthlessly poison innocent roaches and ants, and still drink milk extracted from enslaved cows.

We search desperately for an acceptable target for our surplus of withheld scorn, and when we locate it, we unload like we just chugged a gallon of laxative. Our pent up rage and anger mixes with guilt and self-loathing, and together it creates this concentrated bile that drowns and destroys whatever tragic chump they throw before us to be devoured. It’s nothing personal against him, really. Walter Palmer is a sacrificial lamb. A punching bag, strung up and dangled in front of progressive America as a way for them to release their moral frustrations. He’s an object. A receptacle for their misdirected vengeance. It’s like self-flagellation, only minus the self. And next week they’ll be flagellating some other patsy, and nobody will even remember or care about poor old Walter Palmer.

A year from now, someone will do a follow up story about that villainous dentist from long ago, and we’ll all think, “Oh yeah, whatever happened to that guy?” Then we’ll see that he lost his business, his family, and his dignity, and now lives as a sad shell of a forgotten man. “Serves him right for doing whatever he did,” we’ll say proudly, as we get back to feasting upon the newest Scoundrel Du Jour. It’s a never ending pattern, played out over and over again by a progressive culture filled with craven wimps, always compensating for their moral failings by tearing down false Satans, too afraid to do battle with the real one.

Why Walter Palmer? Why Cecil the Lion? Well, there’s a randomness to it, of course. And there are always the superfluous reasons, like the fact that most of the members of the lynch mob probably have fond memories of “The Lion King.” But I think, more fundamentally, progressives choose to care about lions because lions are an abstraction. They care about the idea of lions.

Real lions are all the way in Africa, or else contained in zoos. You can go and see them, or watch them on TV, or read about them, but crucially, lions will never ask anything from us. Our affection for them presents no challenges. We don’t have to accommodate them. I can say I love lions, but this love will never require me to do anything. Lions will never inconvenience me. They’ll never get in my way. I can defend the lives of lions by angrily Tweeting about hunters, and then I can go on my way, live however I want, and never be asked to change my lifestyle for their sake."
I particularly adored this final paragraph, as he articulates why I feel so strongly about defending places like SeaWorld even when there is enough evidence to call into question their practices and choice of species.


The ease of hating these black and white villainous figures gives people a sense of comfort and accomplishment. It excuses them from the introspective process of facing your cognitive dissonances head on in order to form a consistent set of priorities and moral character.

When I tried to demonstrate my feelings over the controversy of SeaWorld by pointing out that the outcry is all over 23 animals in the face of millions of captive animals in our country, someone called it out as a logical fallacy.

Maybe so, but I wanted my readers to step back and analyze the situation, and consider their over the top reaction in the ‘broad scheme of things’.

Cyber mobbing SeaWorld, or a single misguided hunter from Minnesota, is not a productive action. In fact, in all of our blind, knee jerk rage to induce internet mob justice, we might be making things worse by prompting the ignorant masses.

We should instead be thinking about our cultural values and the roots of our angst instead of patting ourselves on the back for defeating arbitrarily-selected celebrity antagonists with the failed logic of our enemies.
Posted by Melissa at 11:46 PM